When the drone footage of the southern right whales first popped up on the screens of a handful of marine biologists this week they cheered. Susan Crocetti confesses to fighting back tears.

They were watching footage of a mother and a newborn calf basking and breaching in the warm safe shallow of Jervis Bay. Moments later the drone operator pans up and a second mother and calf appeared on the screen.

It was this moment that prompted the outbursts from the scientists.

Once populous enough to cause colonials to complain of their sleep being disturbed by their nighttime groans in Tasmania’s Derwent River, the south eastern southern right was hunted to the brink of extinction. It was named the right because it was the ‘right’ whale to hunt as it had three times the mass of a humpback but the same length and a dangerous habit of loitering inshore.

While other whale populations have rebounded, only around 300 of this species survives.

Of this number, only 68 are known to be mothers, and only around 20 are expected to give birth in NSW or Victorian waters this winter. 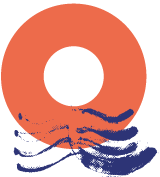